Customs, EORI and Temporary Storage Authorizations Given by the Customs Authorities in Great Britain will no Longer be Valid

November 2020 – After the transition period, Customs, EORI and Temporary Storage authorizations given by the authorities in Great Britain will no longer be valid and authorizations granted by the EU, that have GB elements will also need to be amended.

Customs, preferential origin aspects and VAT issues related to the imminent end of the transition period, were some of the topics discussed in the webinar organized by Andersen. The event had the special participation of Germán de Melo and María Isabel García Catalán from the European Commission to cover the last minute issues in terms of Customs. Aleksandra Kalinowska and Sarah Shears from Andersen addressed the VAT implications from the EU and UK perspective. The event was introduced by Rafael Ripoll, Of Counsel at Andersen in Spain, and moderated by Belén Palao, Partner at Andersen in Spain.

In the final stretch of the negotiations between the EU and UK, companies should prepare for the different scenarios to plan their activities for the upcoming year. Businesses from the European Union and the UK need to ensure that Brexit will not surprise them and that they will be able to continue their business smoothly.

Germán de Melo, Coordinator Brexit-Customs at the European Commission covered the customs authorization and customs procedure that will apply for Great Britain. De Melo stated that as of the 1st of January 2020, all Customs authorizations given by the Customs authorities in the Great Britain will no longer be valid. There will be an exception for those goods that have been placed under special procedures authorization before December 31, 2020. The limit for this exception will be either until the procedure is discharged or until the time limit established (Annex III Withdrawal Agreement) expires, this period will never be longer than 12 months. He also added that authorizations granted by the EU, that have GB elements will also need to be amended.

María Isabel García Catalán, Deputy Head of Unit – Relations with the United Kingdom at the European Commission, focused her presentation on the preferential origin aspects. García mentioned that the situation after the transition period will not be very different from the situation we would have had in a no-deal scenario, but still there are some elements that have been added in the Withdrawal Agreement, that help to facilitate the new situation. She added that after the transition period, UK content will become non-originating in the EU and also in EU partner countries, meaning that the product cannot be exported under preferences.

The VAT issues from an EU perspective were discussed by Aleksandra Kalinowska, Partner at Andersen in Poland and Sarah Shears, Director at Andersen in the UK who provided the UK perspective. Kalinowska stated that Transactions between the EU and the UK will become exports and imports and EU VAT simplifications will not exist after December 31, 2020 and will no longer apply to UK companies, only VAT registered businesses in the EU. She added that in most of the EU member states, UK established companies will be obliged to appoint a fiscal representative.

From the UK perspective, Shears added “as the UK prepares to leave the Brexit transitionary period, goods being imported into the UK from the EU will become liable to duties and VAT. Duties could still be reduced or removed as part of the EU UK Free Trade agreement negotiations but businesses should prepare to manage the VAT and customs risk.” 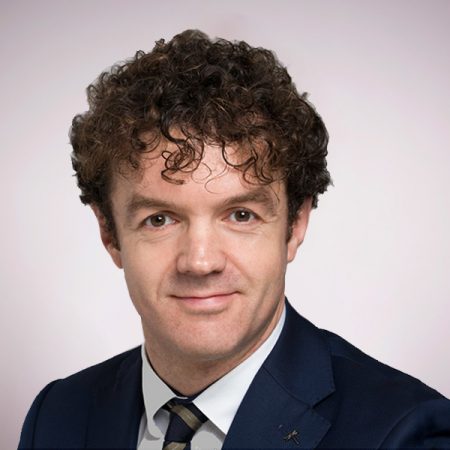 A Chartered Tax Adviser, Mark has over 20 years of experience in both practice and industry. His clients range from private equity funds to high net worth individuals, listed PLC’s to Irish and International businesses.